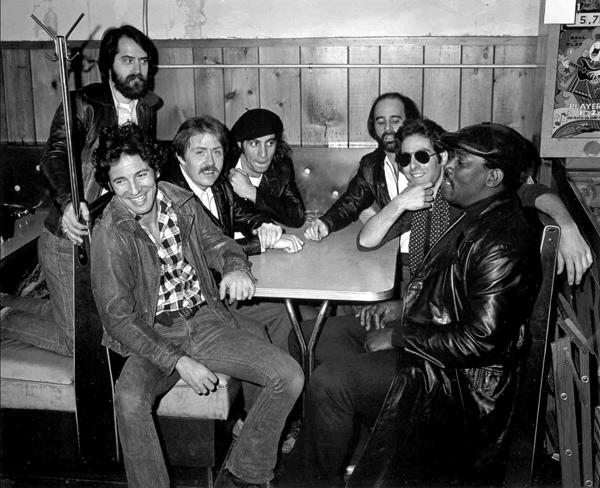 The rangers had a homecoming in Harlem late last night
And the Magic Rat drove his sleek machine over the Jersey state line
Barefoot girl sitting on the hood of a Dodge drinking warm beer in the soft summer rain
The Rat pulls into town rolls up his pants, together they take a stab at romance and disappear down Flamingo Lane

Well the Maximum Lawman run down Flamingo chasing the Rat and the barefoot girl
And the kids 'round here look just like shadows, always quiet, holding hands
From the churches to the jails tonight all is silence in the world
As we take our stand down in Jungleland

The midnight gang's assembled and picked a rendezvous for the night
They'll meet 'neath that giant Exxon sign that brings this fair city light
Man, there's an opera out on the Turnpike, there's a ballet being fought out in the alley
Until the local cops, Cherry Tops, rips this holy night

The street's alive as secret debts are paid, contacts made, they vanished unseen
Kids flash guitars just like switch-blades hustling for the record machine
The hungry and the hunted explode into rock and roll bands
They faced off against each other out in the street down in Jungleland

In the parking lot the visionaries dress in the latest rage
Inside the backstreet girls are dancing to the records that the deejay plays
Lonely-hearted lovers struggle in dark corners desperate as the night moves on
Just one look and a whisper, they're gone

Beneath the city two hearts beat, soul engines running through a night so tender
In a bedroom locked, in whispers of soft refusal and then surrender
In the tunnels uptown, the Rat's own dream guns him down as shots echo down them hallways in the night
No one watches when the ambulance pulls away or as the girl shuts out the bedroom light

Outside the street's on fire in a real death waltz between what's flesh and what's fantasy
And the poets down here don't write nothing at all, they just stand back and let it all be
And in the quick of the night they reach for their moment and try to make an honest stand
But they wind up wounded, not even dead, tonight in Jungleland