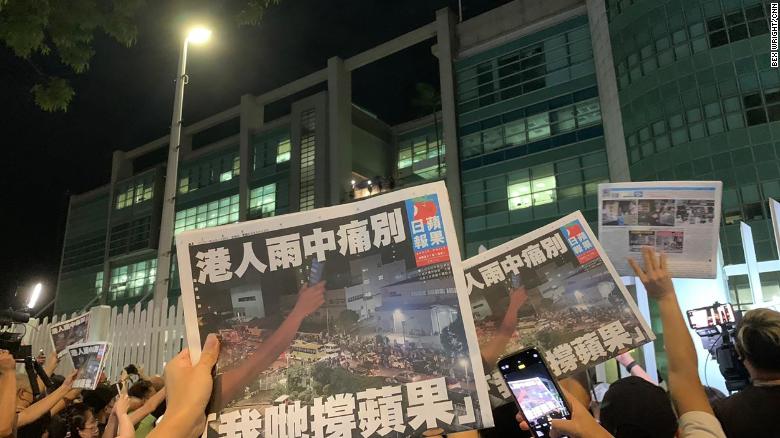 People who too easily impugn journalism should learn from last minute videos made by Hong Kong staff of the Apple Daily (one million copies in its last run) as STUPID GOVERNMENT made arrests and shut it down.

Who's the American whose echolalia always includes the phrase "fake news," the American who perhaps is worst not just in his influence on his base base but on his enemies as well and on other benighted countries.

A person may have discovered things he doesn't like about Thomas Jefferson but Jefferson's view of freedom of the press should not be one of them.

The current crop of American Republicans and many progressives self-described as "I'm so far left that I'm right" are altogether too negligently casual in their slurs on American press, one of the best features of the United States.