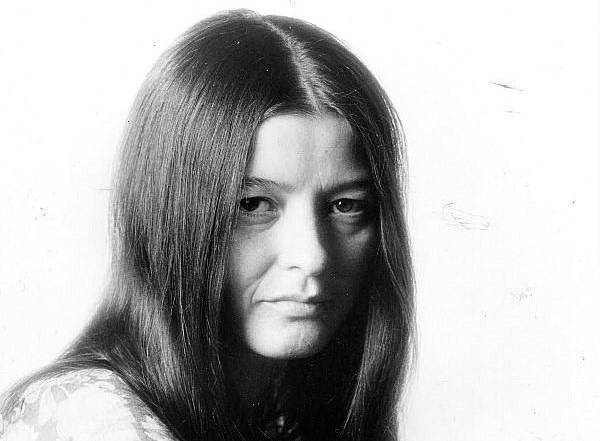 Karen Dalton. (photo: unknown) 10 October 21
A voice, a guitar and a story to tell then and now. Remembering Karen Dalton. Album cover - Karen Dalton: In My Own Time (Light In The Attic). (photo: Elliot Landly/Just Sunshine Records/Paramount Records)

newly released documentary on the life and art of 1960s folk singer and Bob Dylan contemporary Karen Dalton is renewing interest in a carrer that received little attention when she was alive but perhaps should have. A Woody Guthrie like figure she embodied the gritty, soulful post depression folk era that made its way into the main steam through the clubs in New York's Greenwich Village in the 60s. Recommended reading:

Jim Farber in The Guardian, ‘She went her own way’: the tragic and unusual life of folk singer Karen Dalton.

Trailer for the new documentary, Karen Dalton, In My Own Time.

Lyrics Karen Dalton, Something On Your Mind
Written by, Dino Valenti (AKA) Chet Powers.
From the 1971 album, In My Own Time.

Something’s On Your Mind Lyrics
Yesterday, any way you made it was just fine.
So you turned your days into night-time.
Didn’t you know, you can’t make it without ever even trying?
And something’s on your mind, isn’t it?

Let these times show you that you’re breaking up the lines.
Leaving all your dreams too far behind.
Didn’t you see, you can’t make it without ever even trying?
And something’s on your mind.

Maybe another day you’ll want to feel another way, you can’t stop crying.
You haven’t got a thing to say, you feel you want to run away.
There’s no use trying, anyway,
I’ve seen the writing on the wall.
Who cannot maintain will always fall.
Well, you know, you can’t make it without ever even trying.